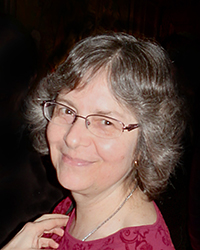 My main interests are in reproductive strategies: life history traits and sexual behaviour.

I study the role of frequency dependent selection (rare male advantage and predator search image) in maintaining the extreme, genetically-based variation in the colour patterns of male guppies. Other projects look at the role of sensory bias in mate choice decisions of female guppies, other poeciliids, goodeids and related species.  I have also studied the ways in which individuals adjust their reproductive strategies to the behaviour and population demography (e.g., sex ratio, density) of conspecifics.  My students, postdocs and I have investigated these questions in guppies and their relatives in the lab and in natural populations in Trinidad.

The trans-generational epigenetic effects of methylphenidate on behaviour and morphology: Alex is an NSERC- and OGS-funded PhD candidate in the Rodd lab. She is interested in understanding the role that the environment can have on the phenotype of an organism, both within individuals and across generations. For her thesis, she is exploring the epigenetic effects of dopamine manipulation on the morphology and behaviour of Trinidadian guppies. To do this, she employed a large, trans-generational experiment in the lab, and coupled this with field observations. For more information, see her website: https://alexdeserrano.wordpress.com/ and LinkedIn profile : www.linkedin.com/in/alexdeserrano 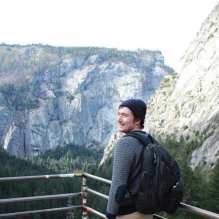 Ben is PhD candidate working in the Rodd lab. He is interested in trait evolution, specifically traits involved in visual signaling and communication within a species. He is also interested the evolution of mating preferences and the secondary sex traits associated with these preferences. Currently, Ben is using mate preference experiments to see if females of uncolourful (‘ugly’) species have a mate choice preference for males with long wavelength (orange, red, yellow) colouration.

Phylogenetic and Experimental Evidence for an Evolutionary Precursor toMale Colouration in Poeciliid Fishes and Their Relatives:  Michael was an NSERC-funded MSc student working jointly in the Mahler https://mahlerlab.com/ and Rodd labs. He is interested in co-evolution, trait evolution, and comparative methods. Michael used phylogenetic models and experiments to explore how female mating biases may precede, and subsequently facilitate, the evolution of male ornaments in poeciliid and related fishes. Michael also has a fondness for bees.